It was always going to be a hard-fought battle for supremacy in the next-gen console war, but with the Xbox One and PS4, Microsoft and Sony have gone all-out to make sure that their console dominates. Since they launched last year, Sony has taken an early lead with the PS4 outselling the Xbox One by around 50%. However, there’s a good argument that a lot of that had to do with the Xbox One’s high launch price, because it shipped with Kinect. Now Kinect is optional, and both consoles cost a similar amount, it’s not so easy to pick which one you should buy.

We’ve got our full up-to-date reviews of both if you want all the nitty-gritty, head over to our Xbox One review and PS4 review for complete breakdowns. However, if you want a rundown of the differences between the two consoles then you’re in the right place, our Xbox One vs PS4 showdown. Here we’re going to put the two consoles head-to-head over the most important issues, so you can work out which next-gen console is best for you, and which will be the best device to own come Christmas. We’ve updated the article to include the latest official console bundles to tempt you this winter.

Now, it can be a lot to take in if you’re fresh to the ‘which is best’ debate, so we’ve split the decision into several main categories – have a browse through to find the ones most pertinent to you, using the navigation at the top and bottom of the page or just skip to the end for a summary.

XBOX ONE The Xbox One console’s ‘real world’ price has dropping steadily since launch, partly due to actual price drops, but also thanks to a series of ‘free’ bundled games and more recently the option to buy the console without the Kinect sensor. Most recently the standalone console has dropped in price to as low £310 online. Retailers are even offering the White Xbox One with Sunset Overdrive bundle (below) for £326. There’s also an Assassin’s Creed bundle just annoucned with two games for £349. For all the latest prices and details, see our Xbox One deals page. 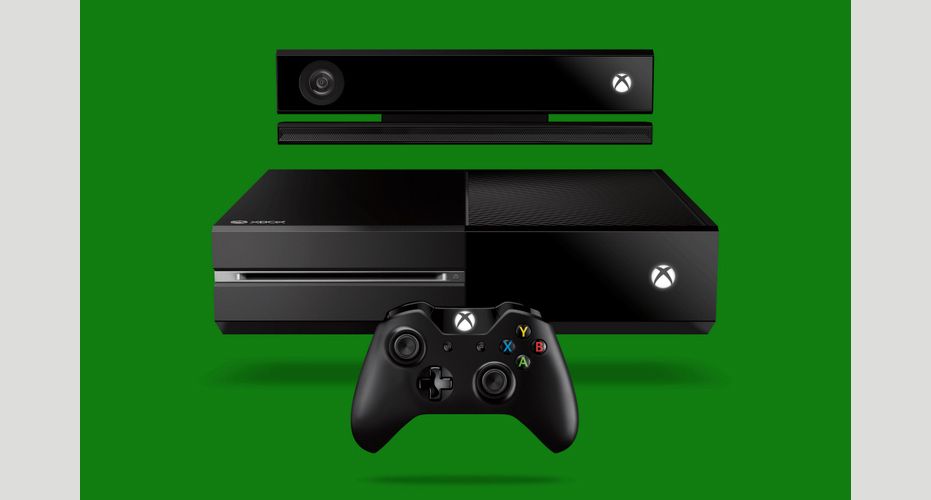 PS4 Prices on the PS4 have finally started to fall, and we’ve even seen a standalone console online for as little as £306 inc delivery. There are plenty fo bundles about too, with mosty offering a game and a console for around £349, with FIFA 15 and Destiny proving the most popular. For all the latest deals and prices check our PS4 deals page. 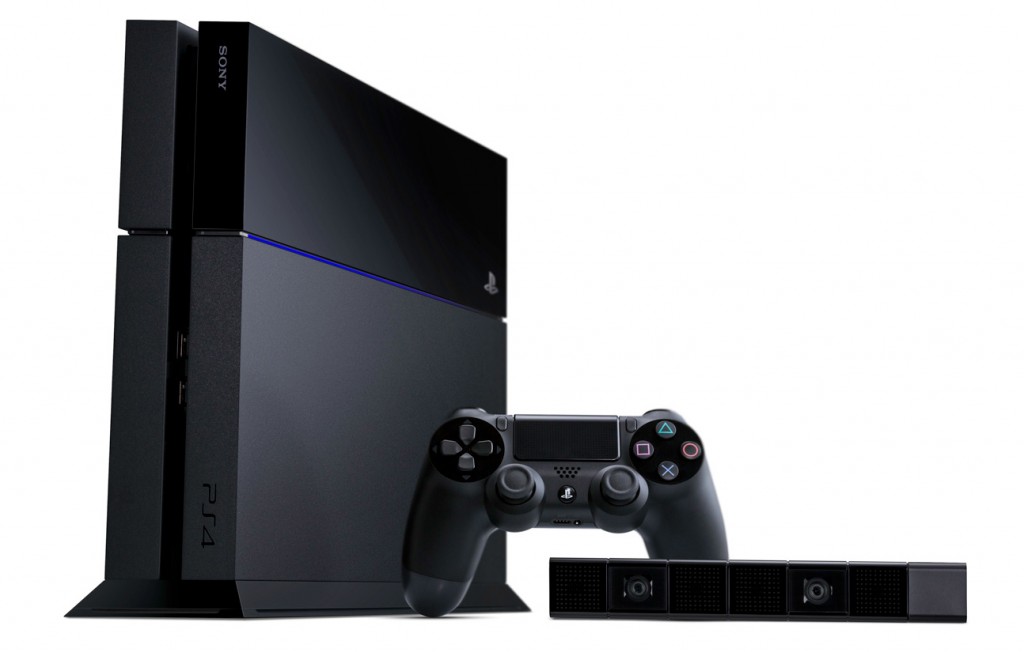 WILL THERE BE FURTHER PRICE CUTS BEFORE CHRISTMAS?

With yet another £20 sliced off the official price of an Xbox One, we’re pretty sure that’s it for price cuts from Microsoft (though we’ve said that before admittedly). And with PS4 prices finally coming down (though not officially) to £329, and with Sony still having the market lead, we can’t see it going any lower either. So we’d be confident to buy a console today.

Beyond official price drops, retailers have been cutting prices yet further, especially at www.simplygames.com . Such bundle deals are bound to get sweeter on both consoles as we approach Christmas. Just how sweet will depend on the amount of consoles the two companies can manufacture this year. If demand is high and stock low, retailers won’t care to cut prices, but if there’s an excess of hardware to shift, then expect better deals. Don’t leave it too late though, as a sell-out is still a possibility this year, especially of the more-popular PS4.

WHICH ONE IS BEST? – Sony has responded to Microsoft’s price cutting and both are on an even footing for now.

There’s not an awful lot for Tottenham’s players to be cheerful about at the moment. Even so, the joy on the faces of Andros Townsend and Nabil Bentaleb when they beat Eric Dier and Christian Eriksen at FIFA 15 is a little surprising.

We’d always assumed FIFA was for those of who can only dream about playing professional football for real. Judging by this video, it seems top players get just as excited by the game as the rest of us.

In fairness, Townsend & Bentaleb’s two victories (it’s a best of three contest) do give them bragging rights over two team mates. That explains the hugging, jumping, screaming, bragging, bad forfeits… all the stuff you get in front rooms across the land.

But perhaps Christian Eriksen and the rest of them are glad to simply be playing a game that doesn’t involve getting yelled at by Mauricio Pochettino?

What do you think would be more fun?Being a profession player or playing FIFA 15?

What do you think would be more fun?

First off, the 27-year-old Argentine scored a hat-trick against Spanish side Sevilla and became La Liga’s all-time top scorer, breaking the record that Athletic Bilbao’s Telmo Zarra (251 goals) had held since 1955.

Secondly, Messi scored a hat-trick against APOEL Nicosia in the UEFA Champions League last night (November 25th) and, in the progress, set another career milestone by shattering the record Real Madrid legend Raúl (71 goals) had as the tournament’s all-time leading goalscorer.

EA Sports has announced on Twitter the latest Team of the Week for FIFA 15’s Ultimate Team mode, with Lionel Messi receiving a special blue card rather than the standard black card each in-form player has.

Messi’s second in-form card of the season has the player rated at 95, with it boasting 95 pace, 97 dribbling, 89 passing and 93 shooting.

Manchester United’s David de Gea (rated 85) also receives his second in-form card of the season after a superb performance against Arsenal, while Tottenham Hotspur’s Christian Eriksen (rated 84) joins him from the Barclays Premier League after he scored the winning goal against Hull last weekend.

You can find all 18 footballers and their upgraded stats from this week’s Team of the Week on EA Sports’ official website. Of coures,if you want to get them,you have to use FiFa 15 coins to buy them. 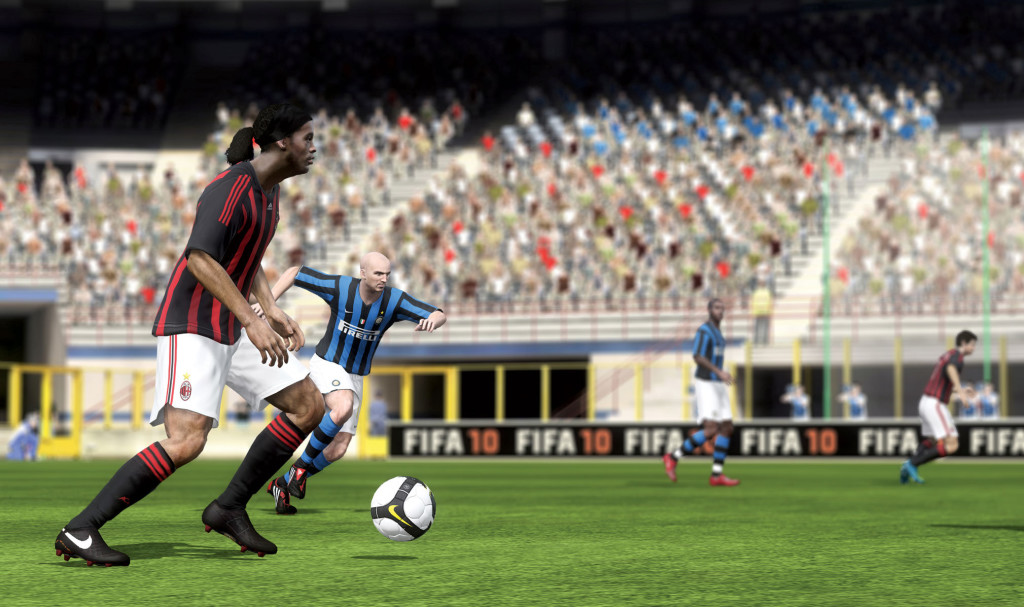 FIFA FUT 15 has many options to earn coins fast and get your favorite players. You’ll just have to find the right way how to get the best Ultimate Team!

Mind the 5% Tax
For any trade on the Transfer Market EA Games will take 5% of the final sale price. This is important to remember when you’re selling your players. Only the seller has to pay the 5% tax. Before selling/reselling your player or consumables remember to include a minimum of 5% to the buy now price or sale price. Of course, more than 5% is even better because otherwise you won’t make profit.

Play offline tournaments in FUT 15
In the beginning it’s smart to start playing offline tournaments. This may sound a little boring but it’s a good trick to get many fifa 15 coins. There are also some tournament which you can earn bronze, silver or gold packs with.

Have some patience
It’s better to have some patience and not use the buy now button all the time. It will cost you a lot of coins which is not necessary. The trick is to search for players you want to buy, and search for the lowest prices. Bid on a few of them (for example bid 200 coins on 5 the same players), some will be overbid but most of the time you’ll get one or two players for a good price.

Small profits are the best
My advice: Make a lot small profits. For example start trading with a couple of popular players and sell them for a little profit (maybe 500 / 1000 coins). Many popular players who are not too expensive can be bought for (example) 600 coins and you can easily sell them again for 700 or 800 coins. Set the buy now price at the minimum you want to earn for this player. People without patience will buy your player and you have earned some coins again.

Keep doing this trick for a week and you’ll easily have 80.000 or more. The next step could be; buy the player you’ve always wanted. Or start trading with more expensive popular players and do the trick over and over again.

The time of the transfer
Your players will be bring you the most coins when many people are online. Usually many popular players are very cheap during the week. I prefer to check for some players in the morning and afternoon. When it’s almost night players will be more expensive again. So take your shot and buy many popular players during the week (during the day) and sell them in the evening. Even better is to save the players for the weekend and put them up for sale. In the weekend players are the most expensive.

Do not sell bad players immediately
With bad players you can earn some coins in the following easy way. Play an offline game with bad players until they have no contracts left. New players from a pack have 7 games to play before they can no longer play. On average you get 300 coins per game, so you can still earn an easy 2100 coins. Next you need to decide if you put them in the transfer market. You can either try to sell them or put them on the market for a quick sell.

Don not buy packs! Not even when it’s tempting
Do not buy packs. Most of the times you’ll get many useless consumables items and average players. There is a very small chance you’ll get lucky and get a big player. Sometimes there are some offers or happy hours. Don’t fall for that, your chance of getting the big prize is still very small.

At the beginning of FIFA 15, coins are very scarce. While, if you want to make a strong team need a lot of FIFA 15 coins. Then, how can we fast to earn FIFA 15 coins? Here I am sharing our method with you now.

1 Pay more attention on the Auction House
Each time you log UT, firs to pay attention on final transaction price of players you want. For a period of time, you basically know these players upset the current transaction and recorded it. In this way is very tedious, and later it is effort. To spend a little time each day, just doing the transaction will be able to make money. But you also need to supply your own team, make their team more powerful, do both.

2 Search and Purchase
Each time you log UT, you want to search in the market to know the price of these players. Once you found a low price, profitable, you can consider buying, but when you purchase the auction price exceeds the price of your heart then decisively abandoned.

3 Sale to make coins
The sale price is lower than the last sale price of others allows us to sell as soon as possible, but we can get a relatively low initial price, you can attract some players, and then set a selling price of a psychological than your price, many times more than when buyers bid, a price easily traded. Then came the time to grasp the transaction, we best choice in working hours, which is a popular time period. On weekends, we play more, compete more, win more bonuses. We will finally have enough FIFA 15 coins, of course, this is prime time for you to sell!