In Warlords of Draenor, all of the stats have been squished and experience gain was no exception. Blizzard got rid of high numbers and values and lowered them instead. The latest beta build, increased the XP required to hit a certain level by 30%, for each level from 89 up to 99. At level 90, a quest yields approximately 15,000 experience while mob kills earn you 500 XP.

Updated experience requirements can be viewed in the table below:

In recent weeks we have been bombarded with news about the new expansion, and it would be no different with WoD almost knocking.

These days were released animations of talents Level 100 and news about mountings!

The Wowhead made screen shots to show the animations and effects of skills and talents to level 100, plus some others that received new animations. Below we show the materials provided by them (the names of skills that are in English, do not yet have official translation): 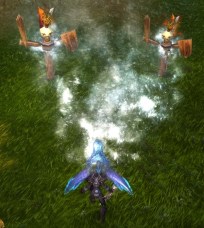 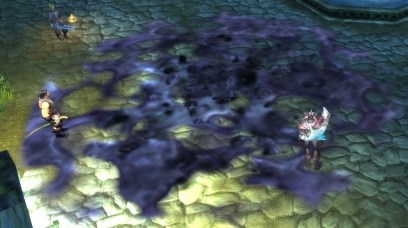 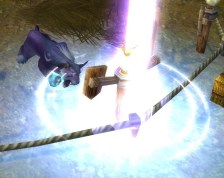 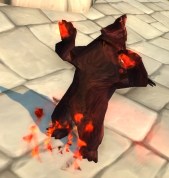 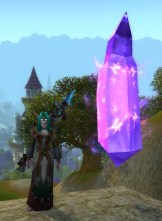 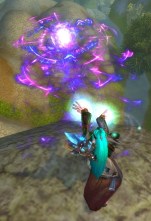 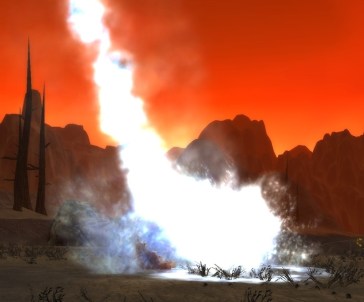 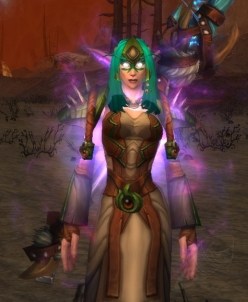 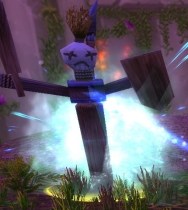 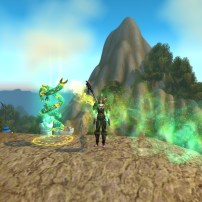 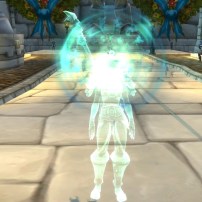 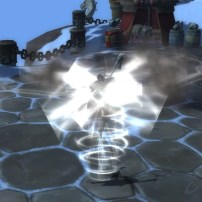 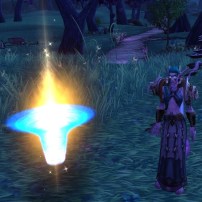 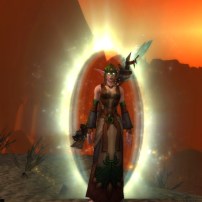 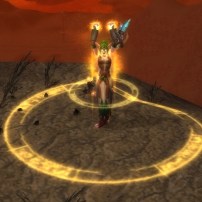 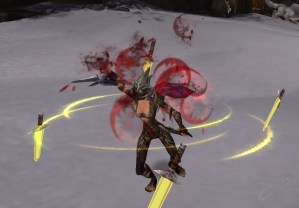 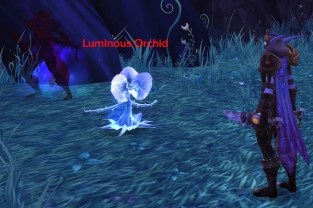 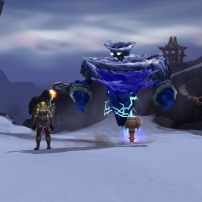 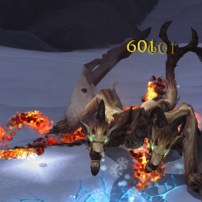 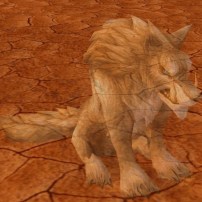 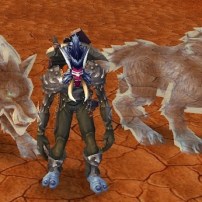 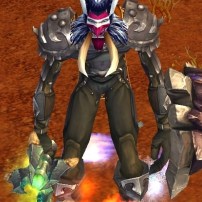 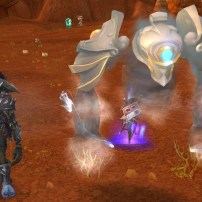 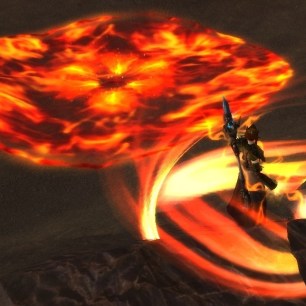 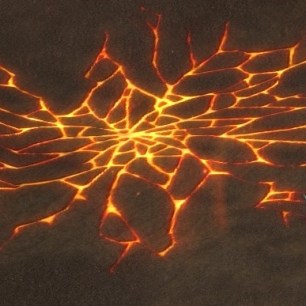 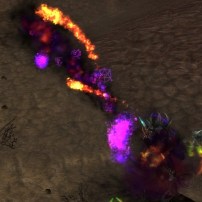 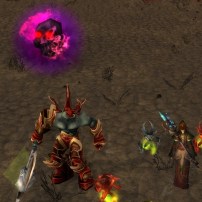 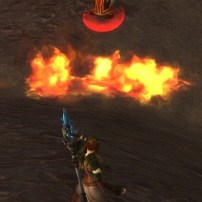 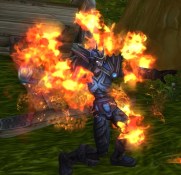 The linings are fortresses that players can build, govern and manage. They will be based in Warlords of Draenor and this new building there will be NPCs who make their saves.

Who has access to the beta of WoD can change the race of the NPC guard. And seems to be pretty simple: just be exalted with some faction and talk to the officer chosen faction City Centre (there will be no official factions with which you are not exalted). When you return to your Garrison, the race of the guards will be changed. The change can be made for anyone who plays in the Alliance, and the appeal has not yet been made available to the Horde.

This change was observed by players that are in Beta for WoD, so some things may change when the game comes out in the final version to the public.

Powerlevelingmall.com has been doing excellent work over the course of the WoD beta, and one of the things he’s discovered is a big expansion to an existing pet family and the creation of an entirely new family – the rhino family has been renamed the clefthooves family (you can see Bendak above with one he tamed) and it now includes all the Outland and Draenor clefthooves in addition to rhinos from Azeroth, and there’s a new family called the Stag family, which includes all Azerothian stags and the Talbuks from Outland and Draenor. 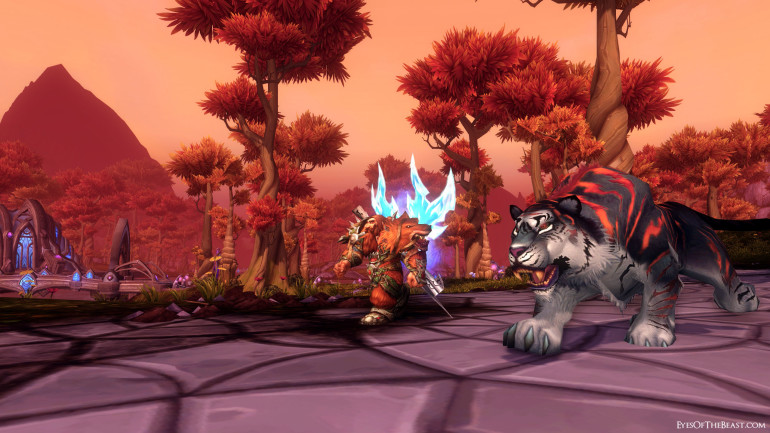 The Draenor talbuks aren’t currently tameable, but they’re slated to be.

I know quite a few hunters who’ve wanted stags for quite some time. This should make them very happy, and I’ve always thought it was weird we could tame rhinos but not clefthooves.

Figure out how much power leveling you want to buy. Remember companies offer discounts the more you buy so think long-term. At the same time if this is your first WoW Power leveling purchase we recommend that you choose a small amount just to get the feel of things and feel comfortable with the vendor you end up choosing.

Find the vendor you want from online.Go the website like Powerlevelingmall.com . Select the power leveling you want, create a new account, and click the purchase button. If it’s a large amount of power leveling they will call your phone to verify the purchase. Some vendors require that your address match your phone number so you may not be able to use a cell phone.

Go make yourself lunch. Log into WoW. Go to your mailbox and take your big pile of power leveling! Have fun!

Warlords of Draenor is the latest installment of content coming to the World of Warcraft and release date will be in August 14, that means Mists of Pandaria of WoW finally has an ending. Having set foot in the beta and taken stock of the onslaught of changes, the design goal of the expansion appears to be a heavy revamp aimed at revitalizing interest for players new and old alike.

From the Warlords of Draenor Announcement TrailerI’ll try to cover the basic plot of the latest expansion before I continue on to a more comprehensive listing of features you can expect. Admittedly, we all know that a story in an MMORPG is basically a paper-thin justification for thrashing our way to more loot, but the direction they’re taking this time piqued my interest.

Where did the latest expansion, Mists of Pandaria, leave off? With the defeat of the much hated, both lore-wise and by the players themselves, Garrosh Hellscream. Rather than take off on a new tack with this expansion, Warlords of Draenor seeks to continue the story of Garrosh and take him in a direction somewhat new and somewhat familiar to his previous ambitions.

Back to an Earlier Time, to Rewrite History

Okay, so that’s interesting. Garrosh travels back in time to a point in history before the original horde on Draenor had consumed demon blood and become corrupted. In doing so he re-writes history, uniting the ‘Iron Horde’ as it is now called under the leadership of his father, Grommash Hellscream, or Grom for short.

Obviously this can’t be allowed to stand, particularly when Garrosh’s ultimate goals involve returning to Azeroth and destroying basically everything, much like the last time he was around these parts.

That’s the plot in a nutshell, with the expansion’s multitude of quests, instances, and raids expanding on this chain of events to deliver us more dungeons to plunder, battlegrounds to fight over, and everything else you have come to expect by now.

Working on the Character Models

Perhaps the most striking of the changes coming with Warlords of Draenor is the visual overhaul of player character models. It’s an understatement to call this a highly demanded feature, in fact I can remember this being highly requested about the time of the second expansion, this being the fifth, for reference.

Along with this comes the usual level cap increase, this time to an even 100, as well as a wealth of new talents to select from on your way to, and at, the new cap. The addition of these abilities adds new options to the classes, but there will be more distinct changes to what we already have.

Warlords heavily alters the available selection of abilities, seeking to simplify, in a good way, the ability book by making a good number of them specialization specific. This means as a fire mage you’re unlikely to see a spell book filled to the brim with useless frost spells, and vice versa. Additionally, some abilities were removed outright as part of paving the way for new talents and the changing of some of the old.

I can understand why some would be reluctant to see the spells they’ve become used to either taken away from their specialization or removed altogether, but from what I can tell this is less a gutting of ability diversity and more like cleaning it up a bit while they add in new toys for us in the expansion.

Also about Toys, a new Toy Box is being added to house your vanity items, meaning pretty much anything without combat application. Another quality of life change is the Heirloom interface, making it far easier to manage the use of heirlooms across all your characters.

Yes, There Will be PvP

For those of the bloodthirsty variety, in which I include myself, Player vs. Player (PvP) is receiving sweeping changes to adopt a new Blizzard mentality, namely losing control of your character is bad.

Crowd control (CC) of all types has been either toned down or removed. Silence effects have been removed from interrupts across the board, and all disarms have been taken out. The remaining CC abilities have been placed in a smaller group of categories for the purposes of diminishing returns, making them, again, weaker in large amounts.

This is just touching the surface of the changes made, but you can start to see the approach they’re taking with this expansion as far as the PvP aspect goes.

Warlords of Draenor is also bringing with it new battlegrounds, improvements to the scoreboard, and a new contested zone for Horde and Alliance to fight over called Ashran. This is a permanent zone and is intended to include vehicles, quests, and faction bases.

A Serious Change to Stats and Some Squishing

In line with attempts to get rid of unnecessary information clutter, a few statistics are also being removed, among them hit, expertise, dodge, and parry. On the other hand, new minor stats have been added such as movement speed, versatility, and multistrike, to name a few.

Largest of the changes to statistics would be the infamous item squish. This is another attempt to bring the increasingly ridiculous numbers of previous expansions back into check so that players can feel powerful without seeing damage numbers covering the screen in the near future.

What this basically means is that while your damage might be halved (or more, it looks like,) it won’t actually make it harder to kill anything, as the monsters, too, will be adjusted accordingly. Blizzard is, however, looking to tone down burst and make combat more consistent and less instant reflex-based, so look for some future changes in that regard.

So, there you have it, a basic overview of just some of the new content, changes, and features you’ll be seeing come the release of Lords of Draenor. To my eyes it looks like Blizzard has realized some of the failings of previous releases and is trying to accomplish a great deal with this expansion in terms of reinvigorating interest in the game. Even though I’m not particularly a graphics kind of guy, the model update is just one of a few welcome and necessary changes being made in this expansion.

100% Satisfaction
Customers can customize personalized power leveling schedules. All orders will be started and finished on time as we promised. All things in your accounts and loots will be kept

100% Profession
In 2010, we built a professional service team to guarantee smooth processing. From then on, customer accounts and passwords have been under specially trained staff’s management.

100% Money Back
You can end your order any time and we will refund the unfinished part. We promise to refund any dissent part after verification when powerleveling is finished.