WOW Naga race
A rumor is wow 6.0 (no one doubts it will appear) will appear Naga race, or whatever. Rumors that 6.0 will be the final Boss Sargeras, the version called ‘Return of the Burning Legion.’ We just Simply think this is the biggest villain in the history of World of Warcraft, the Burning Legion’s total Boss, unrivaled power, indeed, able to stand up to him very heart yearning. however, we need to see before him who faced ? 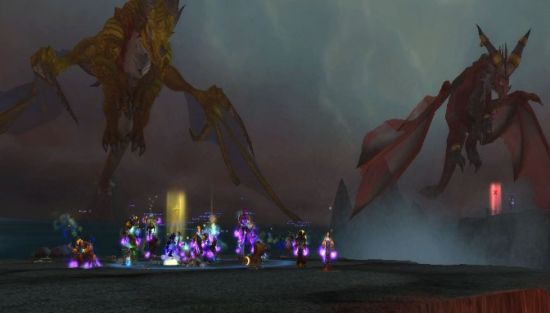 Archimonde early as ten thousand years ago, has died at the Sunwell Kil’jaeden destruction (there are claims that he is only a temporary retreat, but I’m afraid of TBC players psychologically difficult to accept this argument, after all, they During that time he kills too many times), the Burning Legion will there be unheard of with a group of men, or is simply alone with the 10/25 Warriors wrestle? these two models and sounds uninteresting.

More intensified is, MOP in the Raid Boss has nobody knows you do not know who you are playing, they are some of the magic of ancient tribe, or insect, is the king of lightning, was ‘evil.’ But they are doing? how he appeared? Why should we fight them? Everything is at a loss, reminiscent of the fog of Brasilia Panda Chinese version of the opening CG in the rhetorical question, so full of wisdom: for us the why of war? do not understand. the. Indeed, the final Boss 5.4 is well-known small Grom Hellscream (nicknamed ‘brain damage roar’), a series of story-related (such as planning attacks Sai Lamo, killing Ronin, etc.), but from 5.0 to 5.4 months between the time you spend at this time are some – perhaps very ferocious maybe fall is also good – no culture, no background, no sense of substitution of the enemy. often wow players ridicule other games users, we educated, you have what? till today, a similar problem also placed in front of the player wow, they really know 5.0/5.1/5.2 those Boss of the story?