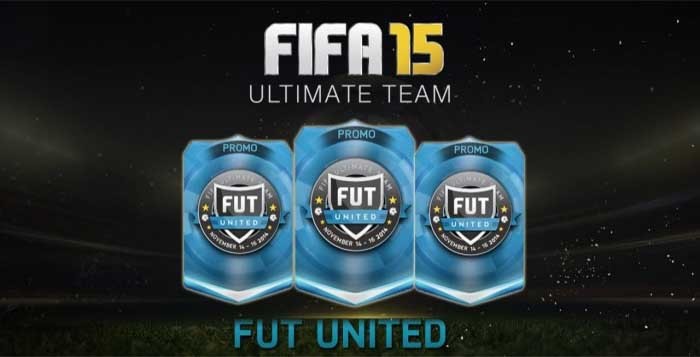 With the ‘Five Years of FUT’ campaign. You can check all the details here. FUT United is know by three main offers: the chance to get VIP tickets for a BPL match or win 1 million coins; a special tournament; and special Happy Hours.

Probably EA Sports Will release free packs to everyone. It was not announced yet but since they gave five free packs last year, it is likely to happen something similar again. To be confirmed soon. One package which includes includes round-trip airfare and accommodations for two people to see two Barclays Premier League matches and unique winners of 1 million coin prize packs for use in FIFA 15 Ultimate Team. Play and win any FIFA Ultimate Team match (which includes the mode’s introductory match, seasons, tournaments and challenges, both online and off) in FIFA 15.