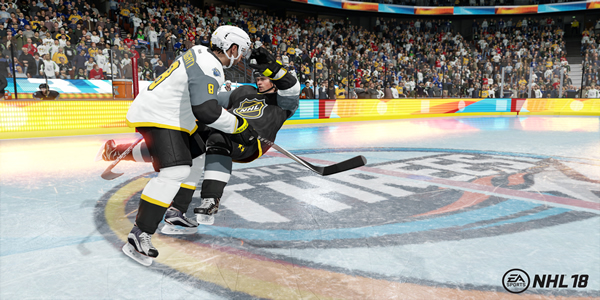 NHL THREES is one of main features for NHL 18, a bold new take on fast-paced, over-the-top 3-on-3 hockey action, while Franchise Mode sees players reshape the entire NHL with the new Expansion Draft feature where you get to create and draft a 32nd NHL team and shake up the league.

Beside that NHL THREES, it also includes two modes, EA SPORTS Hockey League, and Online Vs, if you longing to know more about the features, recommend you visit here to get more.

According to perception, the cover athlete of NHL 18 is McDavid. At the same time, the game introduces some new modes, mechanics as well as gameplay features never-before-seen in the Franchise. Publisher Electronic Arts has also shared the full batch of brand-new features coming to the game when it launches this September on Xbox One and PlayStation 4.