Erick Boenisch, senior producer of NBA 2K18, has shared some of the news that users will find in this sport delivery, as well as new images of the title. 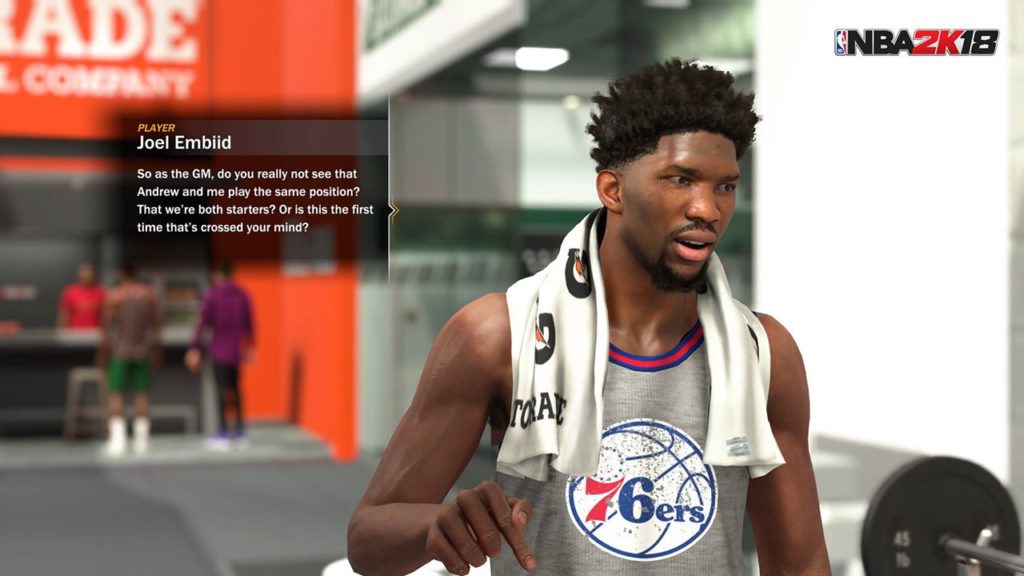 In this sense, the MyGM mode will offer a more narrative perspective. Like GM, decisions made by players will decide the fate of the franchise. In this way, they will have to manage the morale and ambitions of the owner, as well as the directive, technical and, of course, the players.

For more information on these two game modes, we invite you to visit the following link.

Among the players that can be enjoyed in NBA 2K18, we find names like Paul George, DeMar DeRozan, Isaiah Thomas, Steph Curry, Lonzo Ball or Dwight Howard, among others.

NBA 2K18 is the new delivery of the renowned 2K Sports basketball simulator. In this sequel has been enhanced realism and improved graphics, control and game modes. Continuing its tradition of offering the best and greatest basketball players of all time, NBA 2K18 will present Shaquille O’Neal and Kyrie Irving as stars of their different editions and versions on the most varied platforms.