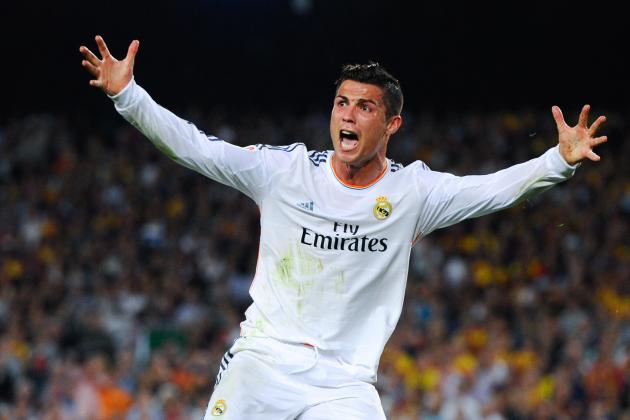 Real Madrid superstar Cristiano Ronaldo was handed a two-game suspension by La Liga after racking up a red card on Saturday against Cordoba, Spain’s AS.com reports.

The Portugal forward has been suspended for Real’s next two La Liga matches, against Real Sociedad and Sevilla, but will be available for the derby with Atlético Madrid.

Ronaldo was unable to make an impact in the Córdoba match and his frustration led to him lashing out with his hand at José Crespo, which the referee missed, and then minutes later kicking out at the Brazilian Edimar for which he was sent off.

In Ronaldo’s defense, at least he apologized for his barbaric behavior immediately after the match last Saturday.

The two-match ban won’t affect Ronaldo’s ranking this season as the top goal-scorer in La Liga. The FIFA Ballon d’Or winner has 28 goals in La Liga play this year, while second- and third-place scorers Lionel Messi and Neymar, both of Barcelona, still trail with 21 goals and 14 goals, respectively.

Real won 2-1 thanks to a late Gareth Bale penalty and Ronaldo apologised on Twitter after the game.