It was done! What you have been asking for so long, wiping the tears on my face frozen from the severe climate of Skyrim happened – we again found ourselves in Morrowind. On this our delight does not end, because it’s an MMO-yes-even-cooler than-Skyrim. Many fans of “Scrolls” have long been asking developers to make a remastered version of TES3 and even started riveting it on their own. And now you do not need it, because Zenimax Online Studio rolled out the largest and probably the most long-awaited addition for The Elder Scrolls Online. For me, there was a revelation of both TESO and a fresh update. The undoubted advantage is that when Morrowind gets bored – you can visit the good half of Tamriel (if you buy all the DLC, of course). But in fact once we had only one island of Vvardenfell. 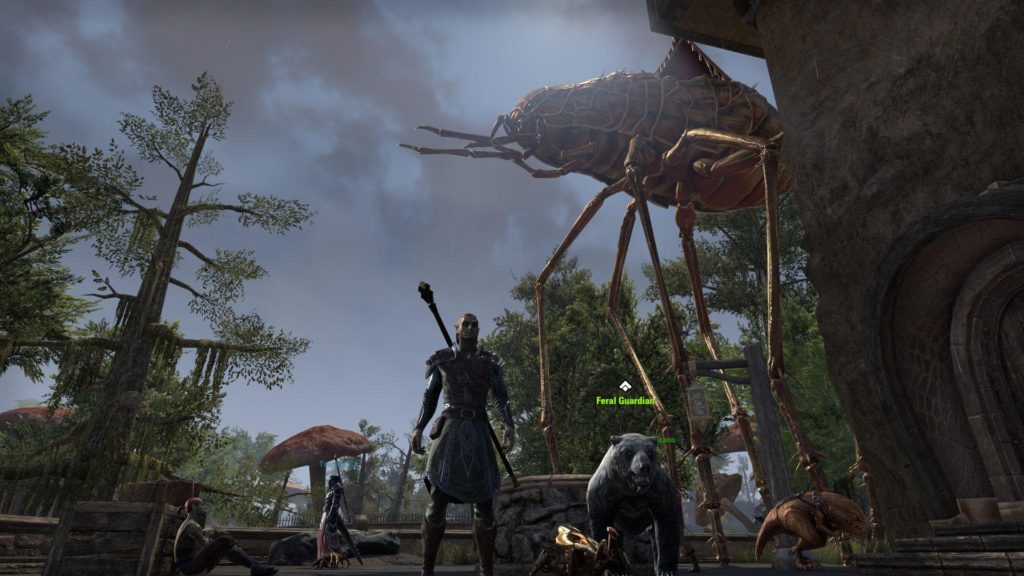 If you first decided to try TESO, you will have to be unspeakably surprised at the client’s bad appetite for the space on your hard drive (or SSD). Downloading and installing a client that asks for 85 gigabytes is not a matter of minutes. I remember an excerpt from one popular book, once read in Skyrim:

As in the old-good times, we appear on the ship. No, Jiub, as in TES3, does not meet us, because events take place 700 years before those we used to be. The player has to choose the main characteristics of the character – name, faction, class, race and all kinds of details of appearance.

Fractions to choose from three: the Ebonhart Pact includes Nords, Dunmer and Argonians; In the Dominion of Aldmeri Altmers, Bosmer and Hajjit rallied; Covenant Daggerfall united the Redguards, Bretons and Orcs.

The following classes are available in The Elder Scrolls Online: Dragonknoght, Templar, Sorcerer, Nightblade and Warden.

Warden (“Guardian”) is a new class in TESO, which appeared in the addition of Morrowind. Guardians own the magic of nature. They have three specializations, each of which is unique in its own way. He knows how to summon a war bear, heal and buff allies, or he can hit the ice armor and tank very well. I recall that each class has three branches of development, which significantly change the gameplay.

After a short generation of the character and a very brief training of a couple of combat techniques, we are released on all four sides, giving one story quest. You can zealously run and study the history of the Second Era in Vvardenfell, but some people like to explore the world on their own. The personal matter of everyone – who is against? It is very important to take the time to level up at the beginning of the game. Whenever you need ESO gold, you can turn to ESO-GOLD for help. ESO-GOLD has cheap ESO gold for sale. And we guarantee to deliver safe gold to you within 10 mins in safe places of the game.